It’s Valentine’s Day and everyone is celebrating their love for their close ones in whichever way possible. While some are gifting chocolates and flowers to their girlfriends and wives, some are making cute cards for their parents. Meanwhile, some others who have not yet found love in their lives are either depressed or trying to find that perfect someone to share their lives with. But we say, why look for a partner when there’s no absolute need for one. While it is the best feeling in the world to share a romantic bond with someone, not having that in life has it’s pros as well. We have real as well as reel-life examples of people who chose to be single and were quite happy and satisfied with their lives. For now, we will just look at the reel-life people though! From Dear Zindagi’s Alia Bhatt to Zindagi Na Milegi Dobara’s Farhan Akhtar, here are five characters who were happily single! 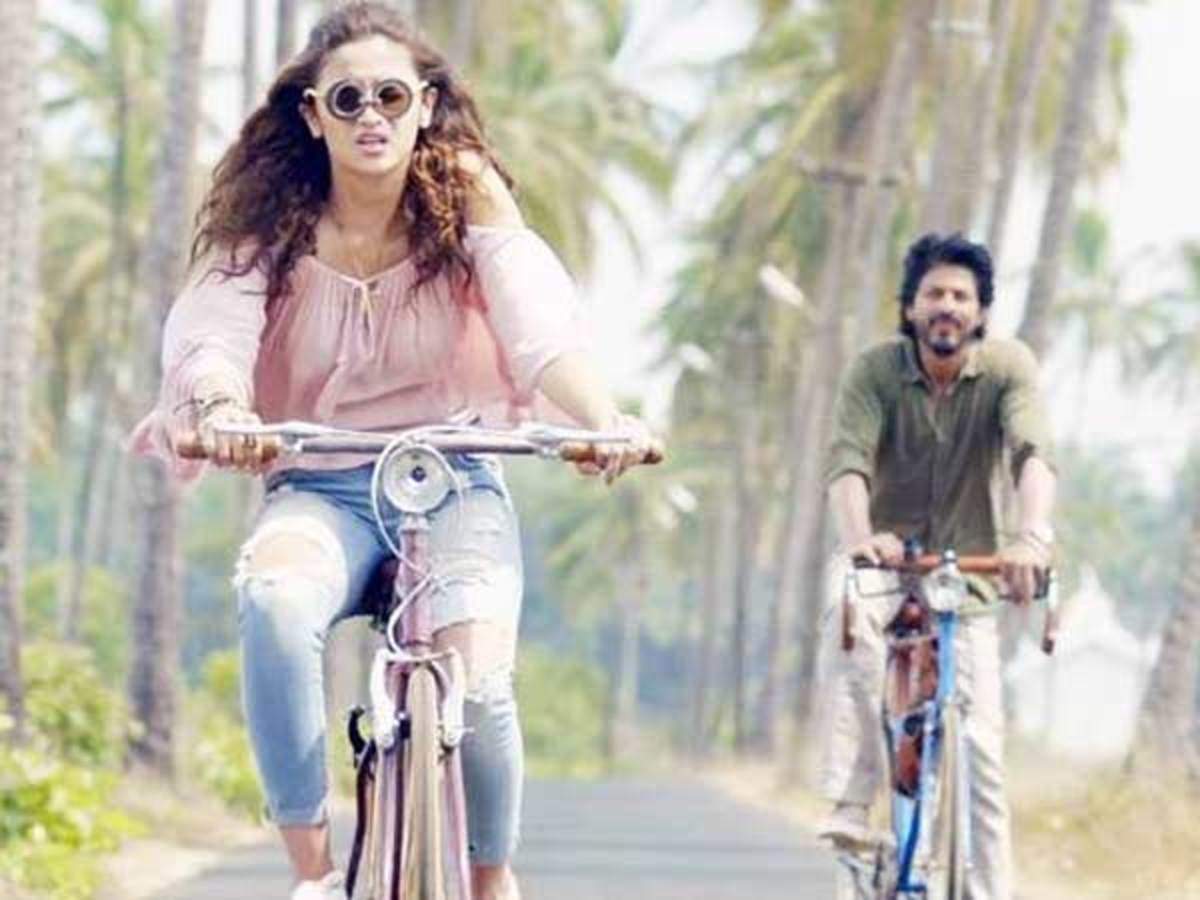 Ali Bhatt’s Kaira, a cinematographer, goes through a bad breakup which is followed by some downs in her professional life as well. This results in her moving from Mumbai to Goa at her parents’ place. The woman who has never got along with her folks is pushed into a depressed phase where she seeks help from the psychologist Jug played by Shah Rukh Khan. Her journey in the 2016 movie of finding happiness in life and being in a psychologically stronger place shows how Kaira eventually finds success as well. While she gets romantically attracted to Jug for a while, the psychologists explanation on how that is not a prospect doesn’t waver her and she moves on in life with a stronger determination to be happy. It is in this way that the character celebrates life and singlehood. 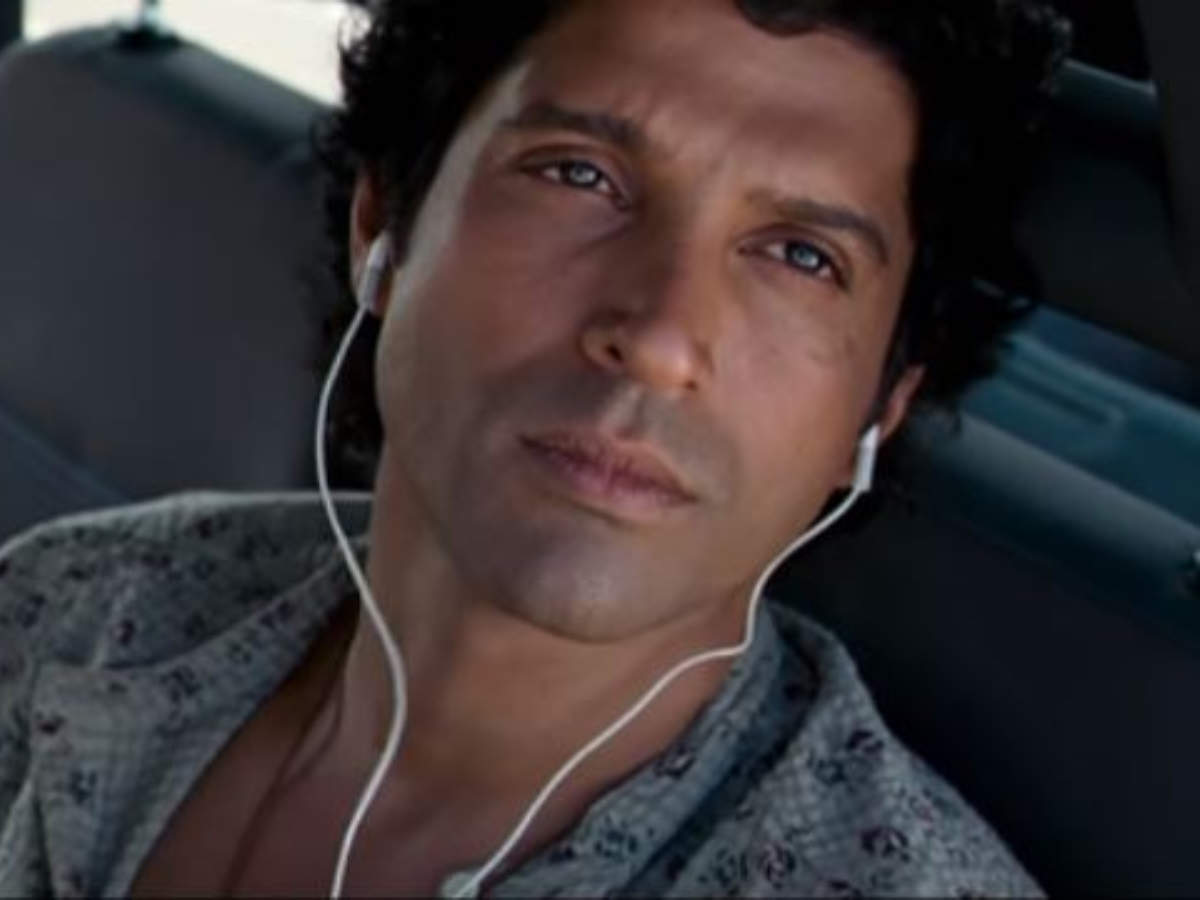 Farhan Akhtar’s character Imran in 2011’s Zindagi Na Milegi Dobara has a backdrop of a broken family where he has been brought up by a separated single mother. Farhan is shown as this fun-loving guy who, sometimes, doesn’t know where to draw the line, be it in friendhips or family ties. Farhan, who has never been romantically inclined towards any woman in the past, continues to live life that way despite both his best friends finding love. In that sense, Imran is a character with no hang-ups or emotional ties that hold him back from anything, inspiring the single guy of today to live a single life without a worry. 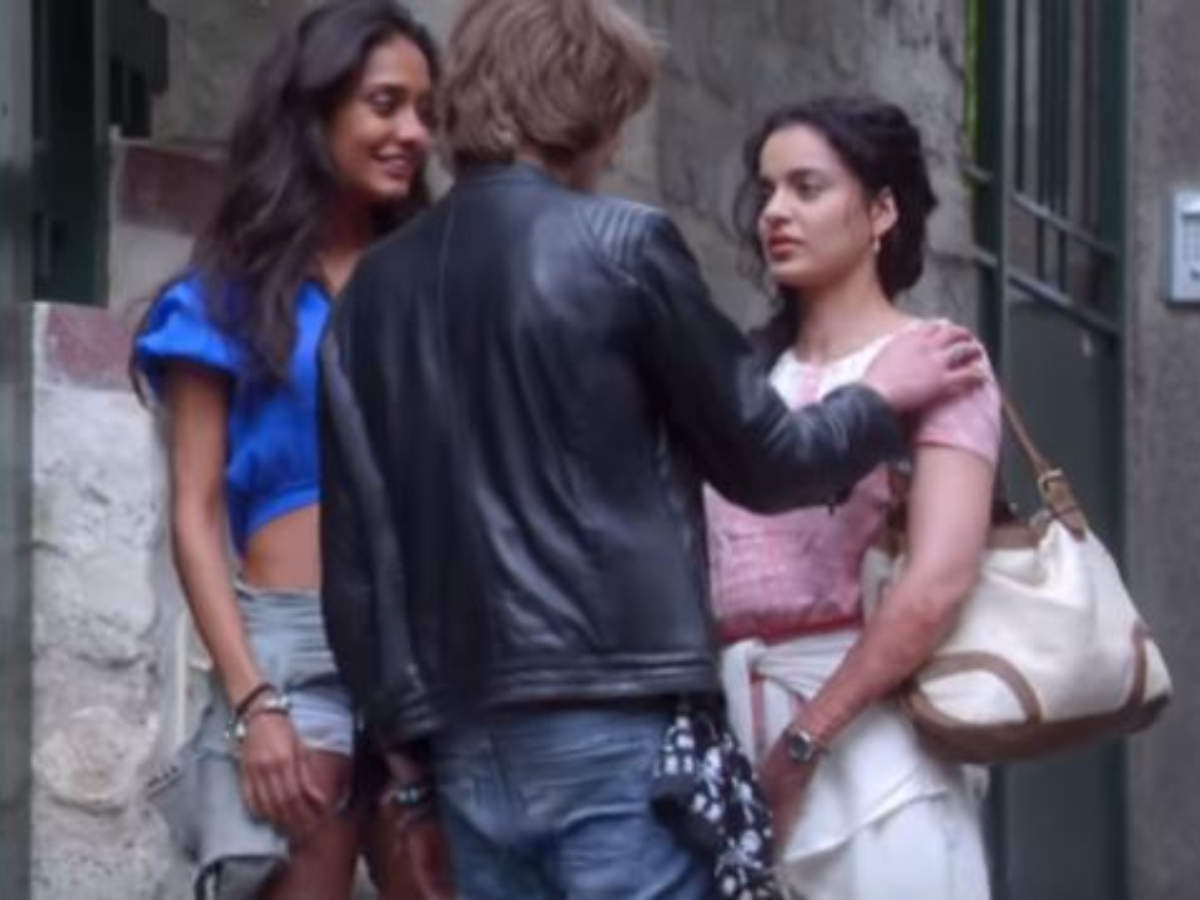 Rani played by Kangana Ranaut in the 2014 film Queen, was a very strong character in the true sense of it. When Vijay, essayed by Rajkummar Rao, finds his longtime fiancé Rani embarassing due to her uncivilised ways after his return from abroad, the Delhi boy rejects her one day before their wedding. When the parents of the couple find out, they are in shock but what shocks them further is Rani’s decision to go to Paris for their honeymoon anyway. The prospect of sending their daughter alone to Paris on a honeymoon-turned-solo trip is very horrifying for Rani’s parents. However they cannot find a better way to console their heartbroken daughter and send her anyway. Rani’s trip turns adventurous with her making new friends from different nationalities and the overall change that all the experiences bring about in her personality is truly empowering. It will inspire any single girl to stick by the status and enjoy life on her terms. 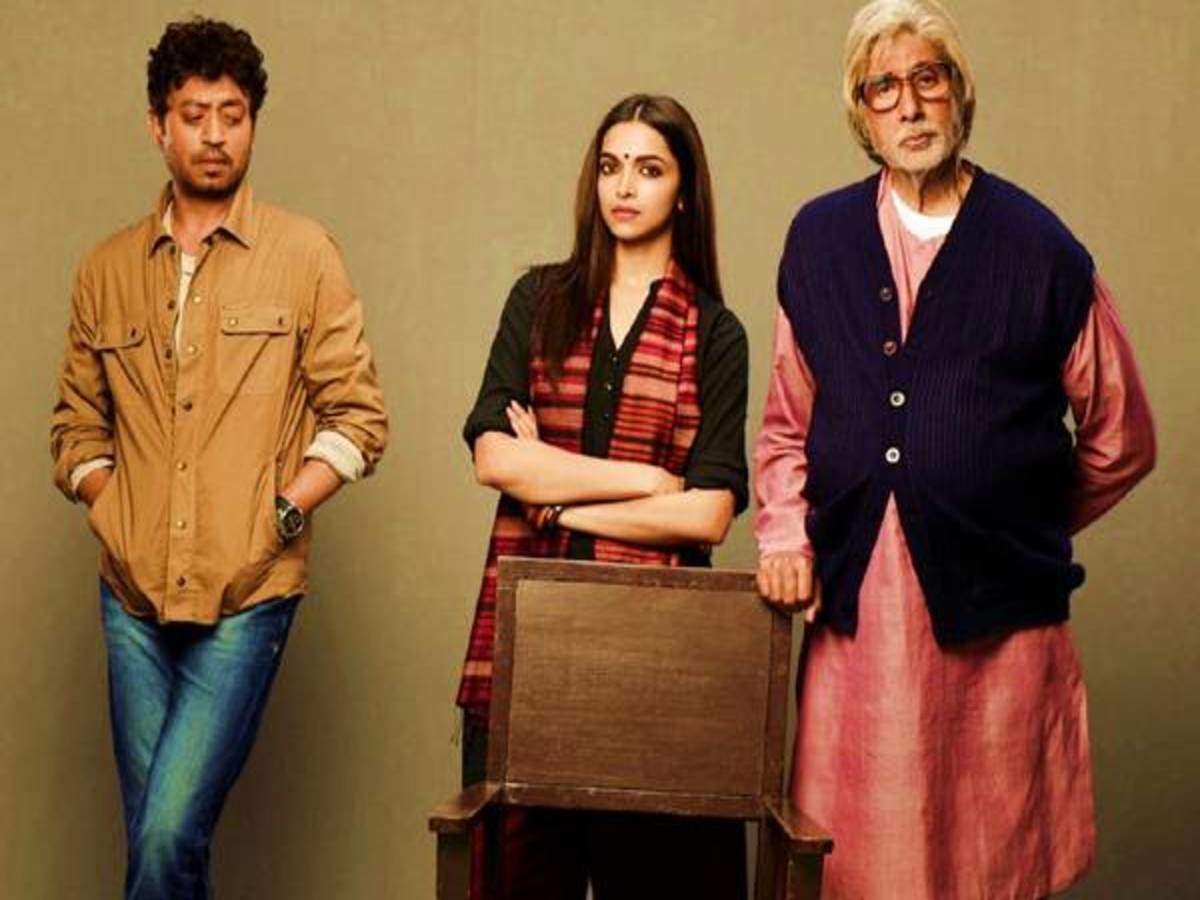 Deepika Padukone’s Piku Banerjee in the 2015 comedy drama is another example of a strong woman who can totally handle herself on her own. The daughter of 70-year-old Bhaskor Banerjee, Piku has learned to take care of her cranky father after her mother passes away. With the typical tantrums that any senior citizen would throw, Bhaskor reminds us of that grandpa or grandma in a bedroom in our homes who won’t be satisfied with anything anymore. Piku, on the other hand, is very relatable to the working generation of today with a lot of responsibilities and frustrations to handle. Add the cranky old father to it, and you have the tired single woman who finds getting romantically attached to someone an additional responsibility. Here’s when Piku shows us how, sometimes, a friend like Syed played by Jisshu Sengupta or Rana portrayed by Irrfan Khan, is more needed than a lover or a partner. 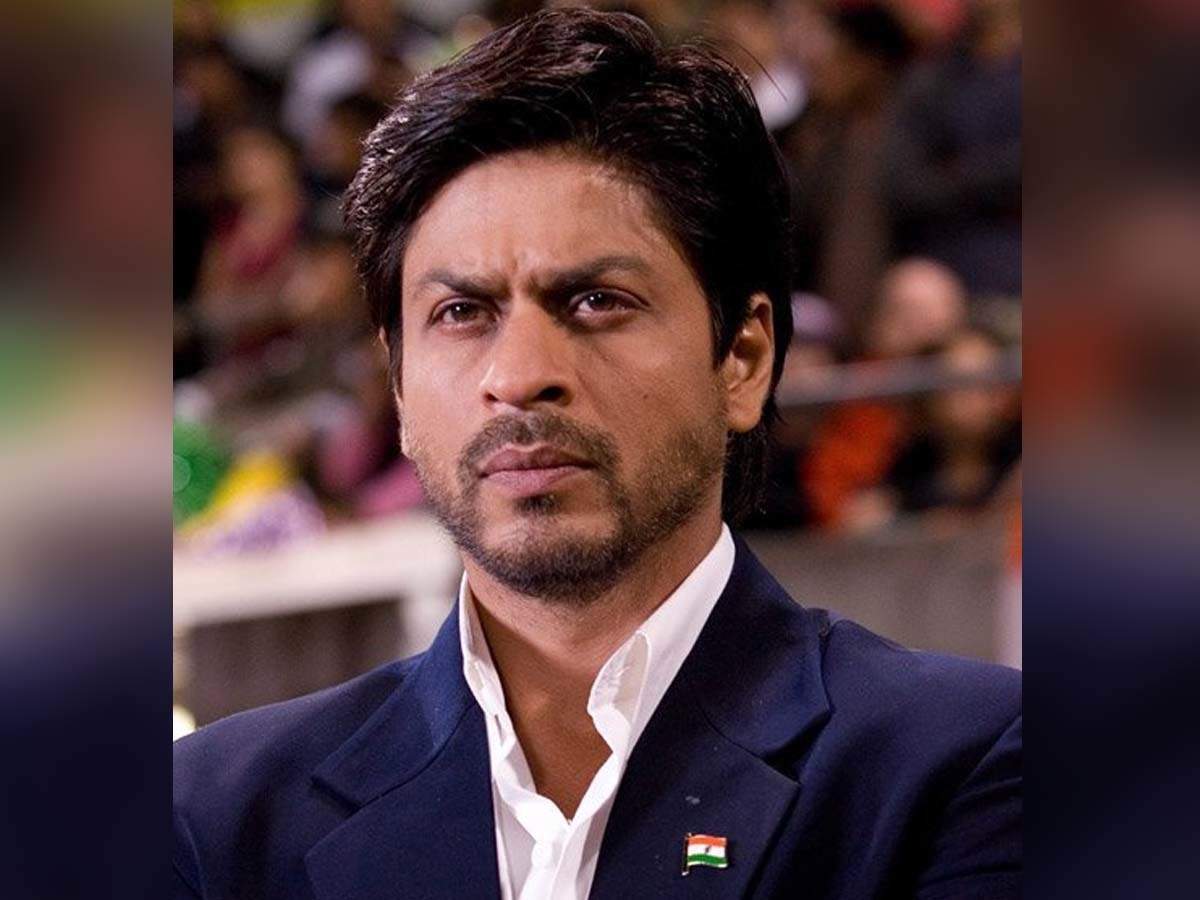 Shah Rukh Khan’s Kabir Khan is a passionate national level Hockey player, who is banned from playing the game after he loses a particular match with Pakistan. Deemed as a traitor who was not loyal to his motherland India, government and people alike shame Kabir and his family for the disgrace he brought upon them. While all this is untrue, what hurts him the most is that he would never be able to play again. Then after seven years comes an opportunity when Kabir gets the chance to train young girls for the Women’s Hockey Championship. Kabir eventually succeeds in motivating and training the girls well enough to beat the best team in Women’s Hockey in the world and thus proves his patriotism for India. What is worth noticing in this is, that his single status pretty much lent him the focus to look at nothing else but the game and his target was very clear – the Women’s Hockey team’s win. Kabir didn’t need a screaming wife or girlfriend to get him through the lows in his life or celebrate with on succeeding in achieving his goal.

Bollywood’s quintessential actress Madhuri Dixit Nene needs no introduction as the actress has delivered some spectacular performances on the celluloid. The ever-green diva recently set the stage on fire at the 65th Amazon Filmfare Awards 2020 in Awesome Assam. In an exclusive interaction with ETimes, Madhuri opened up about what motivates her before performing on […]

Written by Antara Chakraborthy | Chennai | Published: February 17, 2020 9:04:41 pm Ayalaan will release in Tamil, Telugu, Hindi, Malayalam and Kannada. As a double treat for fans on the occasion of Sivakarthikeyan’s birthday, the first look of Ayalaan (which means Alien) was unveiled today. The actor, who turned 35 today, took to his […]